The SS Habana departed Bilbao on the morning of Friday 21 May 1937.

Onboard were almost 4,000 children between the ages of five and fifteen; they were accompanied by 96 teachers, or maestras, 118 female volunteers, and 15 Catholic priests. Most of the children were with their brothers and sisters, but 498 were on their own.

One report describes their first meal onboard as consisting of rice, beans, dried haddock, coffee, brown bread, and a small ration of wine. Formerly a hospital ship, the aging liner was 10,551 tons and the second largest ship of the Cia Transatlantica fleet. 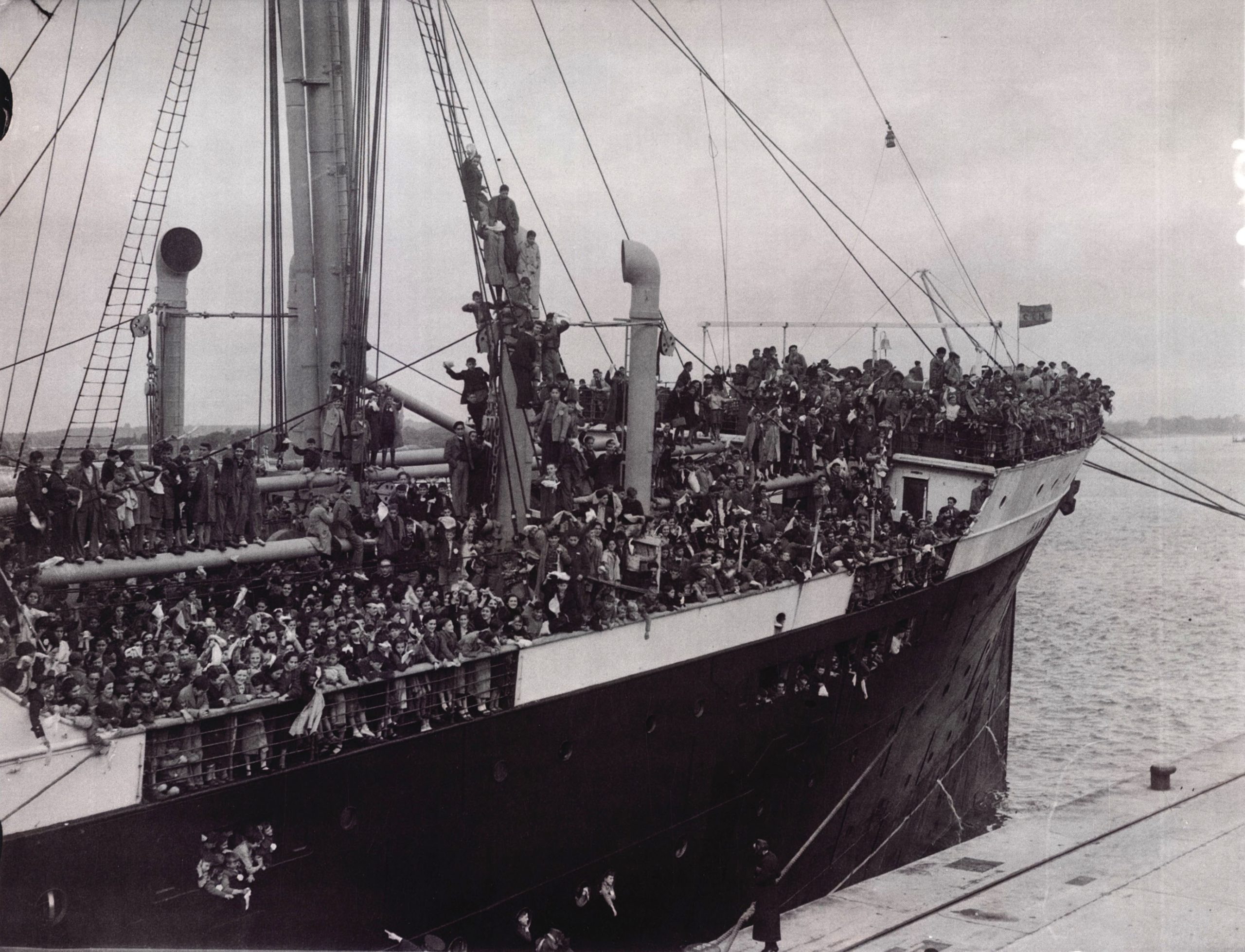 The captain of the SS Habana, Ricardo Fernandez, had already taken two shiploads of refugees to France and was exhausted. It was very rough in the Bay of Biscay and, on the Saturday morning, a wireless message was received in Southampton to say that many children were suffering with severe seasickness.

The SS Habana was sighted off the Needles (Isle of Wight) at 5pm on the Saturday, escorted by the British battleship Royal Oak and the destroyer HMS Forester. As arranged, the Port Sanitary Launch went onboard with supplies including milk, glucose, meat extracts, and medical requisites. 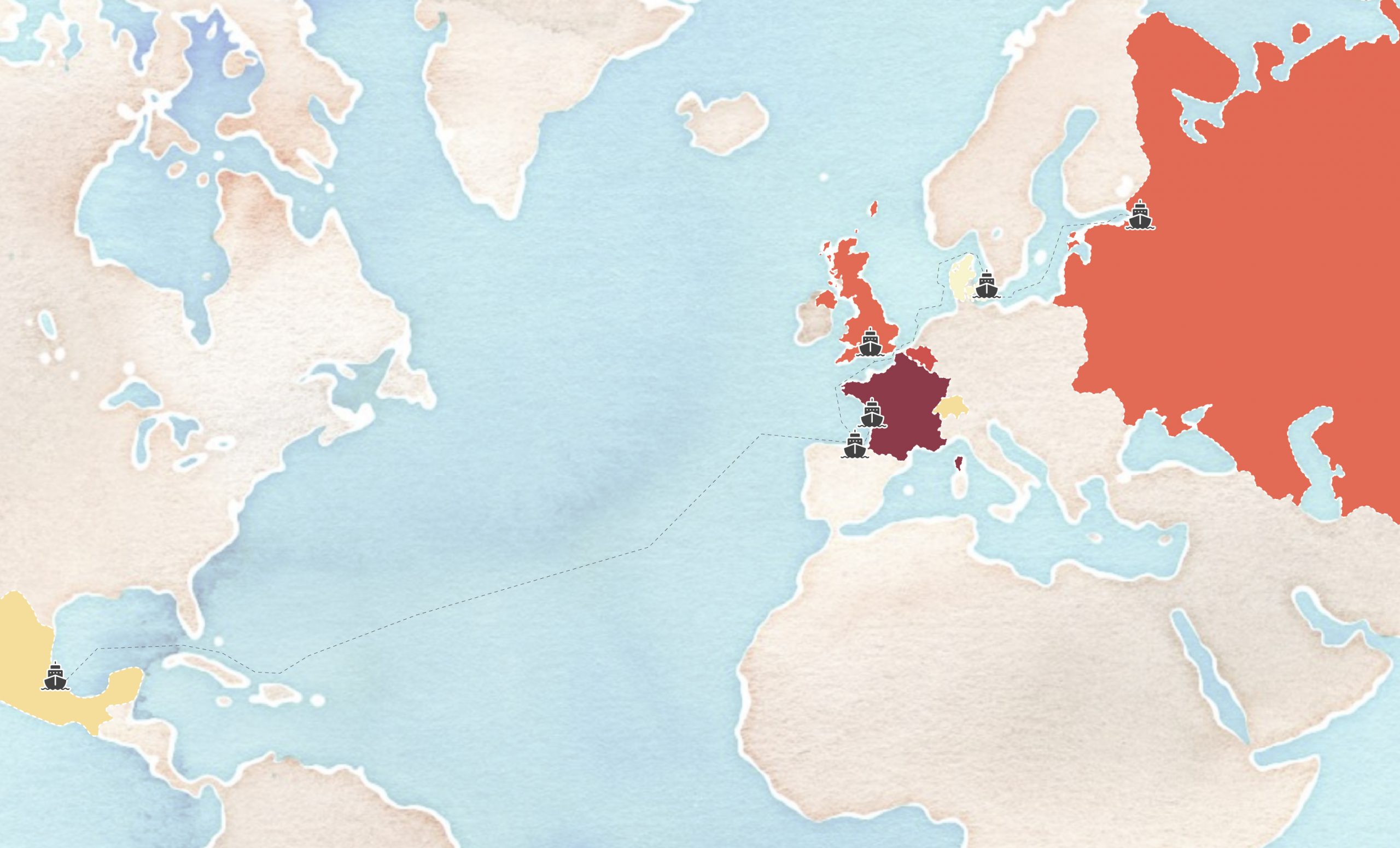 Britain was not the only country to take in refugee children from the besieged Basque Country in 1937. France, the Soviet Union, Denmark, Switzerland, Belgium, and Mexico also provided sanctuary.

Hover over a country on the map to see the total number of children that each country received.

Some countries, such as France, received groups of child refugees over a period of several months. In contrast, the British government only allowed one ship, the SS Habana, which arrived in May 1937. Despite the support of Eleanor Roosevelt, the United States did not admit any children.

The Arrival in Southampton

The arrival of the SS Habana in Southampton was documented by the port medical officer, Dr Williams, as an event of national interest and historical importance since it was the first time a shipload of refugees had arrived in Great Britain.

“It was an extraordinary spectacle to see a vessel normally capable of carrying between 400 and 500 passengers steaming up Southampton Water with every inch of the decks covered with human beings.”

One of the most memorable sights on the quayside was of the Salvation Army, dressed in their uniforms and with their band playing. Many of the dignitaries who had helped organise the voyage were there to greet the children. The children were very tired after the voyage, but they received a warm welcome.

The children were driven to North Stoneham camp in coaches and cars and thousands of people lined the streets to wave to them. The Mayor of Southampton allowed the decorations from the recent coronation of King George VI to stay in place and some of the children thought the bunting was for them. At the entrance of the camp was a sign reading “Basque Children’s Camp”. The newspapers called the refugees “children of the war”.

On arrival at the camp, the children were given sweets, chocolates, toys, a change of clothes and underwear, and waterproof footwear and rain hats.

Each child also underwent another medical examination. There were 500 white bell tents with a central pole, which slept eight children in each. The children slept on bags that they stuffed with straw, and there was a teacher and a helper for every four tents. There were separate toilets for boys and girls. 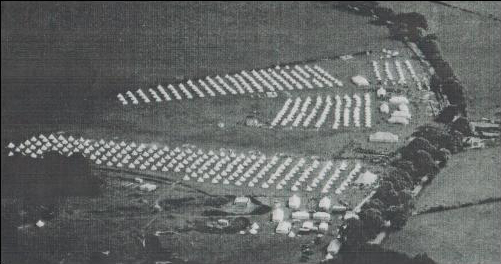 Image: Aerial View of North Stoneham Camp. Used with kind permission of the BCA’37 UK. The Association for the UK Basque Children. 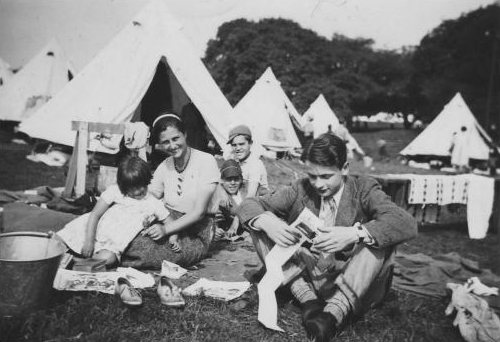 Image: Camp at North Stoneham. Used with kind permission of the BCA’37 UK. The Association for the UK Basque Children. 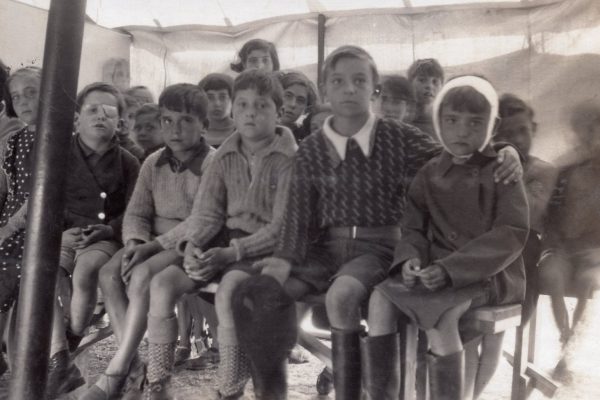 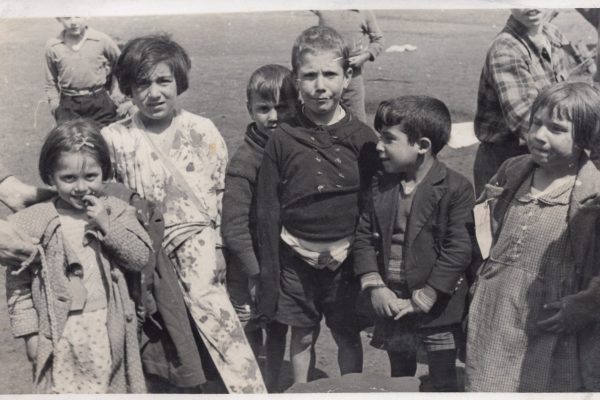 The camp was divided into different areas and the children were grouped according to their cultural background (Basque or Spanish) and the political allegiances of their parents. There were 1,200 children in the part of the camp allocated to those whose parents had been members or supporters of the Basque Nationalist Party. These children were assumed to all be Catholics and had priests based with them and a big marquee to use as a chapel. Most children were used to hearing their parents talk about politics and the war, which to English people was strange. The older boys in particular seemed grown up and a lot of them smoked. There was a large house where some teachers and other adults lived, as well as children who were ill but did not need to go to hospital.

After a few days, the camp resembled a self-governing modern city, with running water to all areas and stalls where fruit and bread rolls were distributed, giving the impression that this was a summer picnic or a holiday camp. The local press could not stop talking about the good treatment that the refugees were receiving. In the few weeks before the children had arrived, many local people had volunteered their time and materials to construct the camp. When the children did arrive, locals continued to volunteer by helping to run the camp. Few of the volunteers could speak Spanish, however, and the children and most of the adults with them would not have been able to speak English. 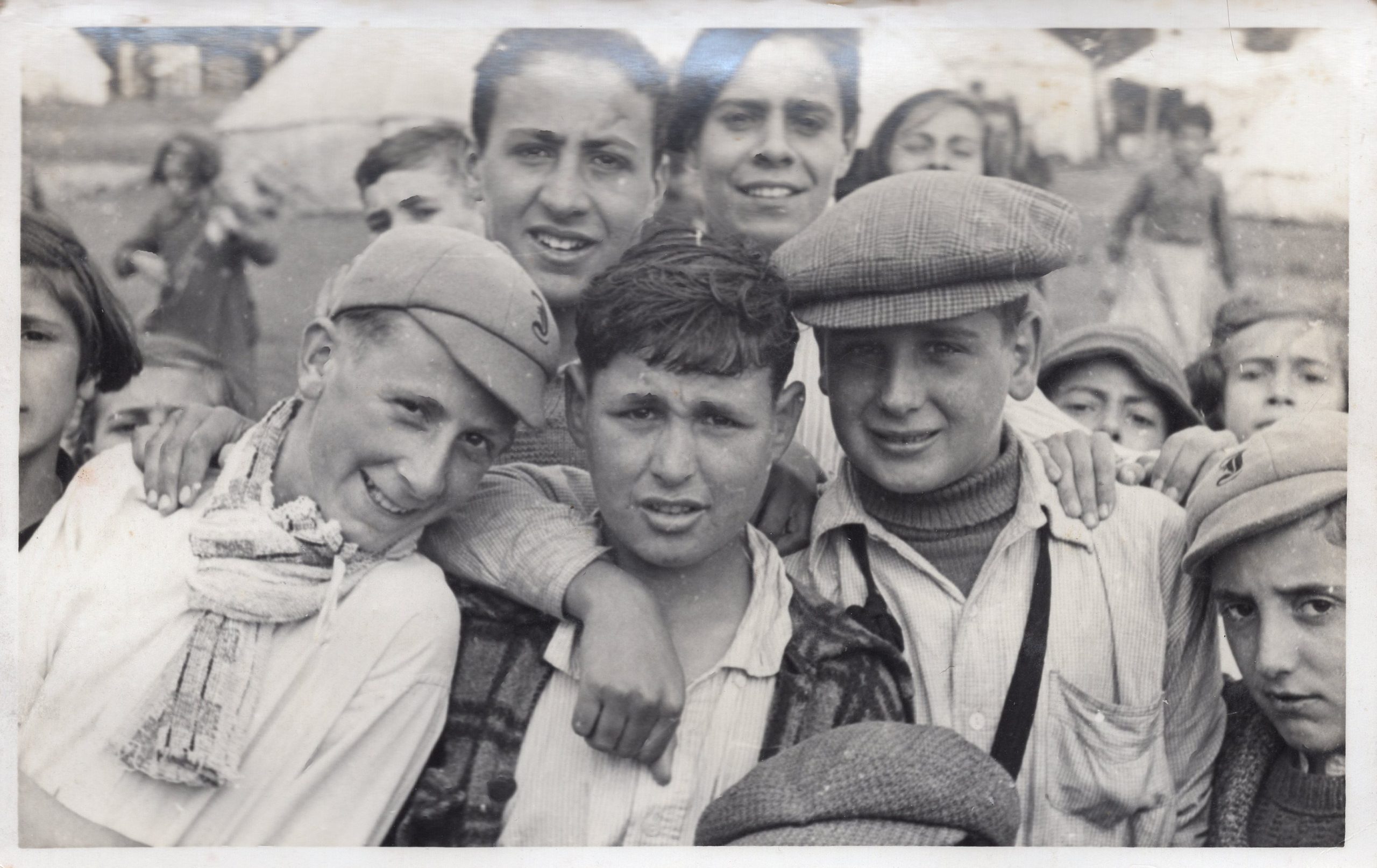 Image: Some of the older Basque Boys. Poppy Vulliamy Album, 1937-1939. MS440/3. Used with kind permission of the University of Southampton Special Collections.

Read more about the bad boys. 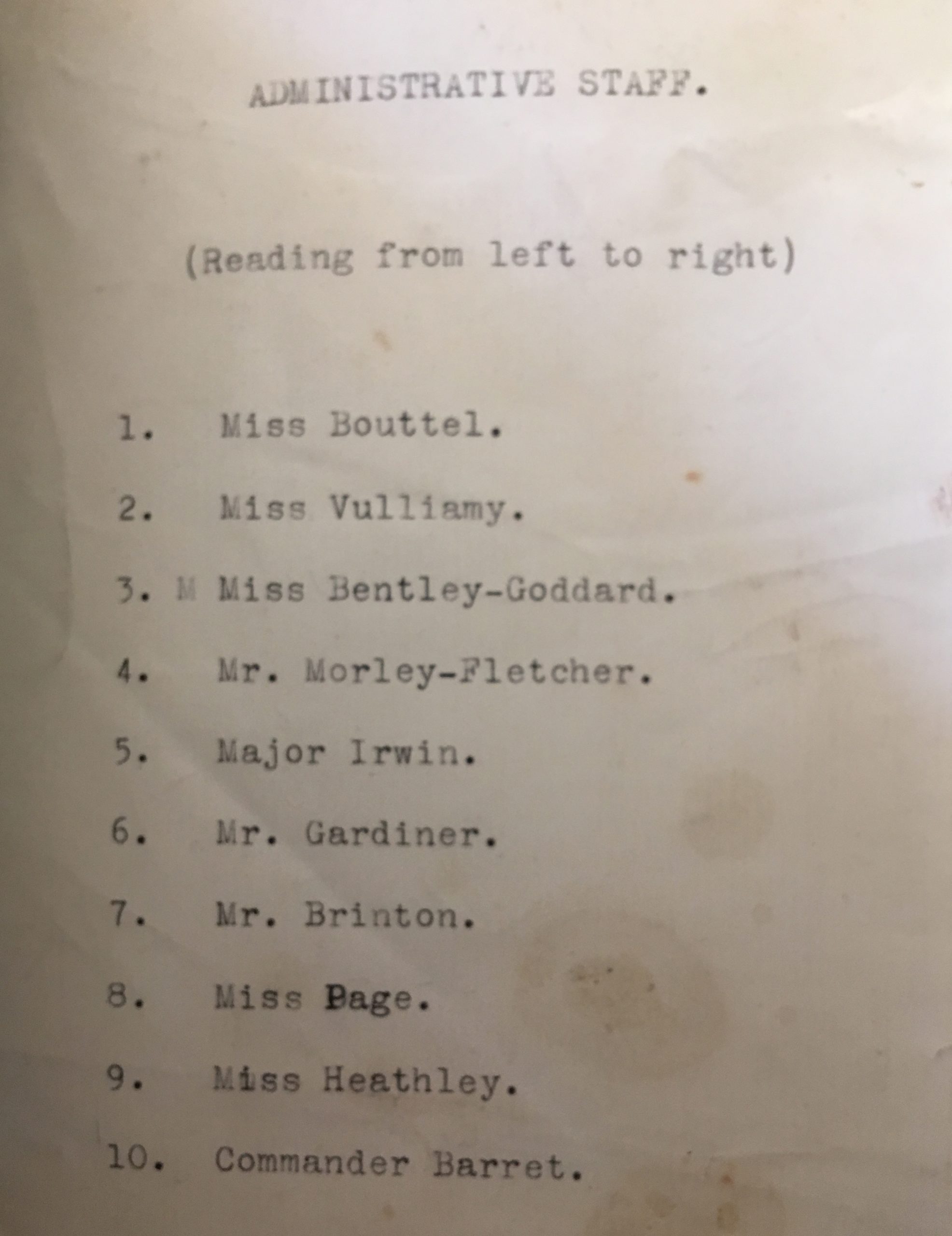 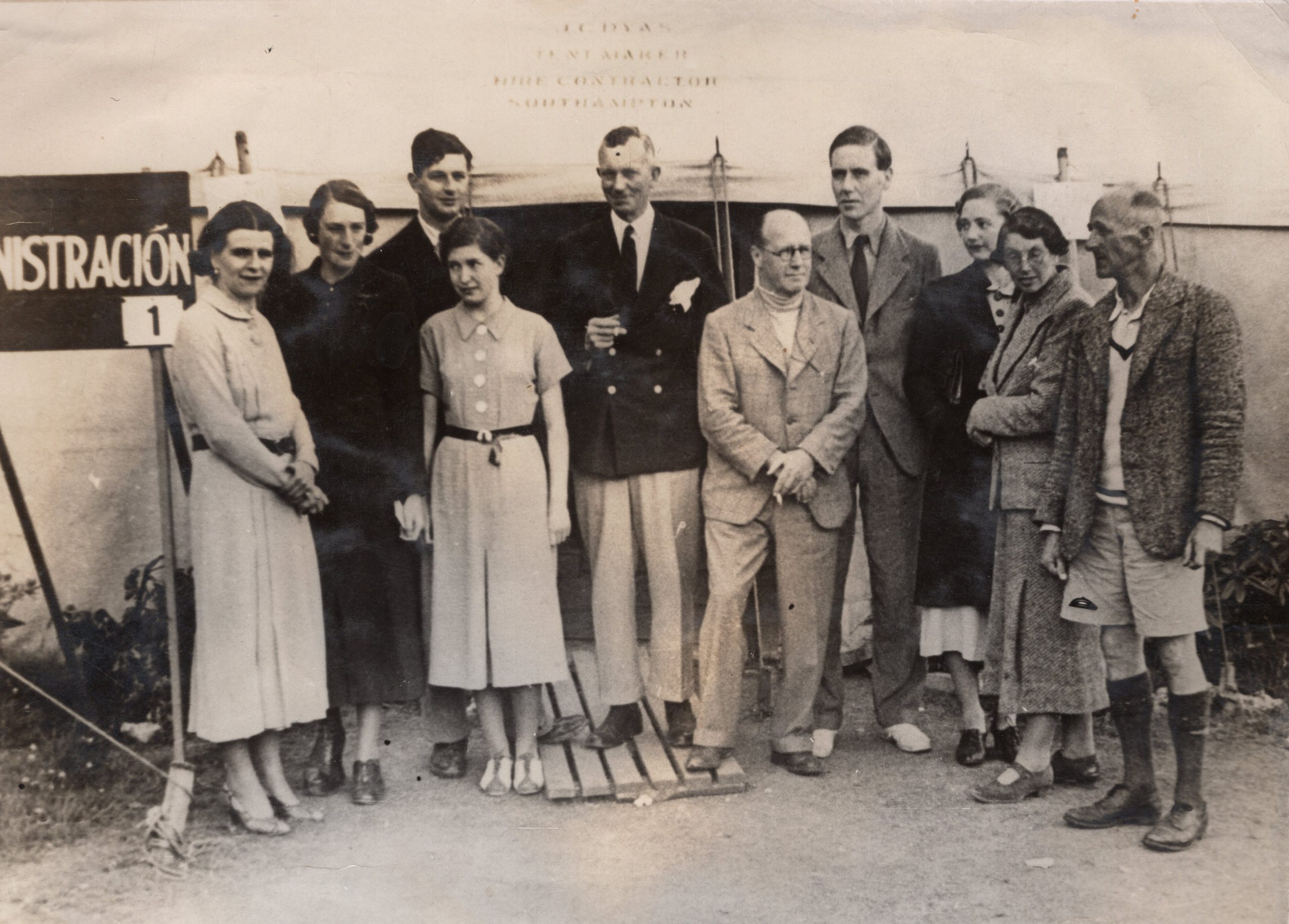 The children loved the white bread and, if they didn’t eat it all, some of them hid it in their bag or in their shirts to save it for their families in Bilbao.

The children had to queue for food and wear a yellow armband, which was then taken off when they had finished eating. For some, the yellow was a painful reminder of the colour worn by Franco’s troops as they invaded the Basque country.

Although they did not have many books or other teaching materials, the teachers and assistants put on classes and many people helped to organise activities. Singing, playing music and dancing were very popular with the children, who put a lot of effort into practising and making costumes. The costumes included traditional Basque clothes as well as Spanish outfits that the English people recognised, such as flamenco dresses.

Boxing and football were always popular. A famous artist called Augustus John sat in a tent and painted portraits of the children. Sidney Bernstein, media executive and later founder of Granada Television, paid for a marquee to be used as a cinema, and the children were shown documentaries about their own arrival, as well as Charlie Chaplin and Buster Keaton films and “Popeye the Sailor” cartoons. 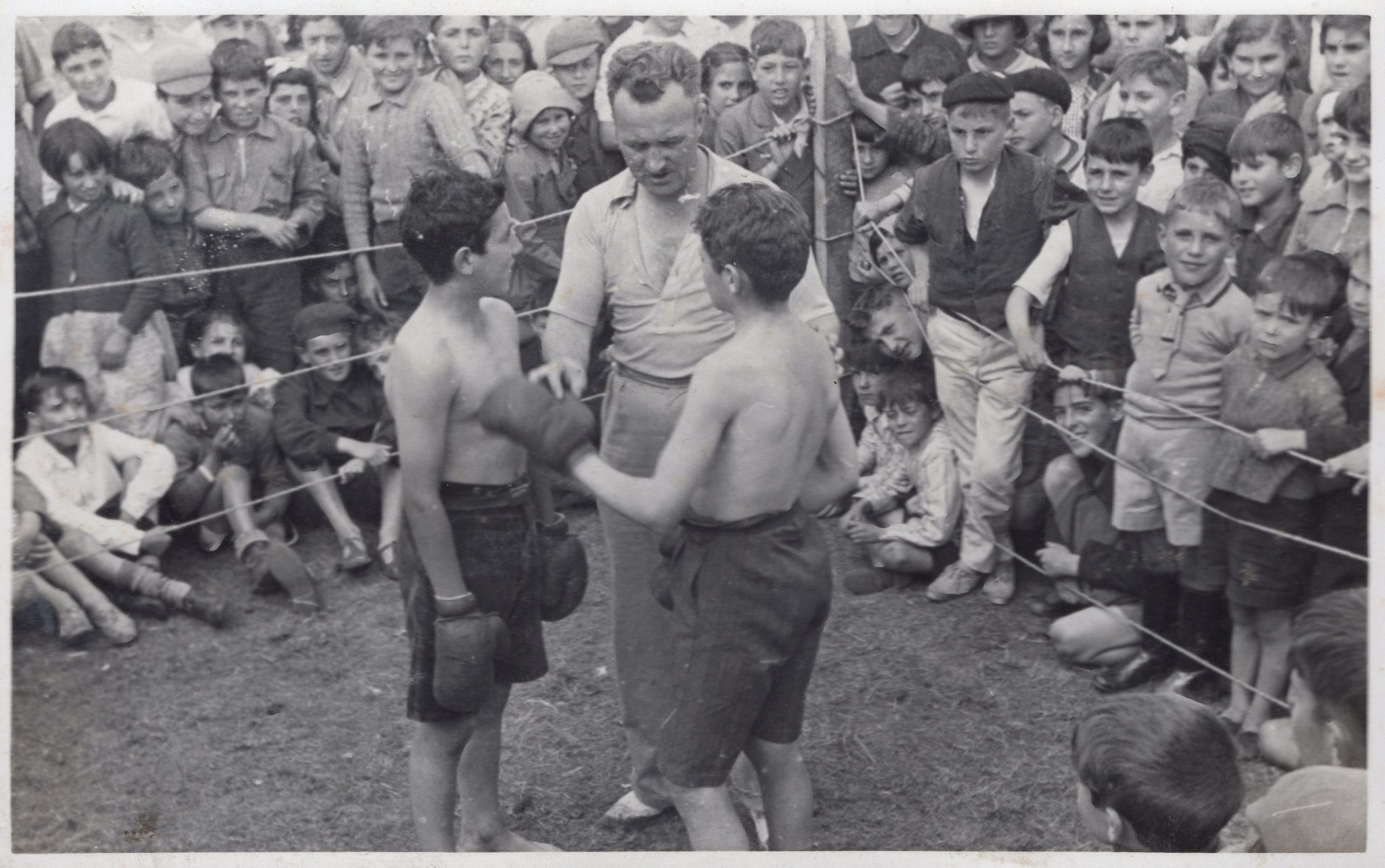 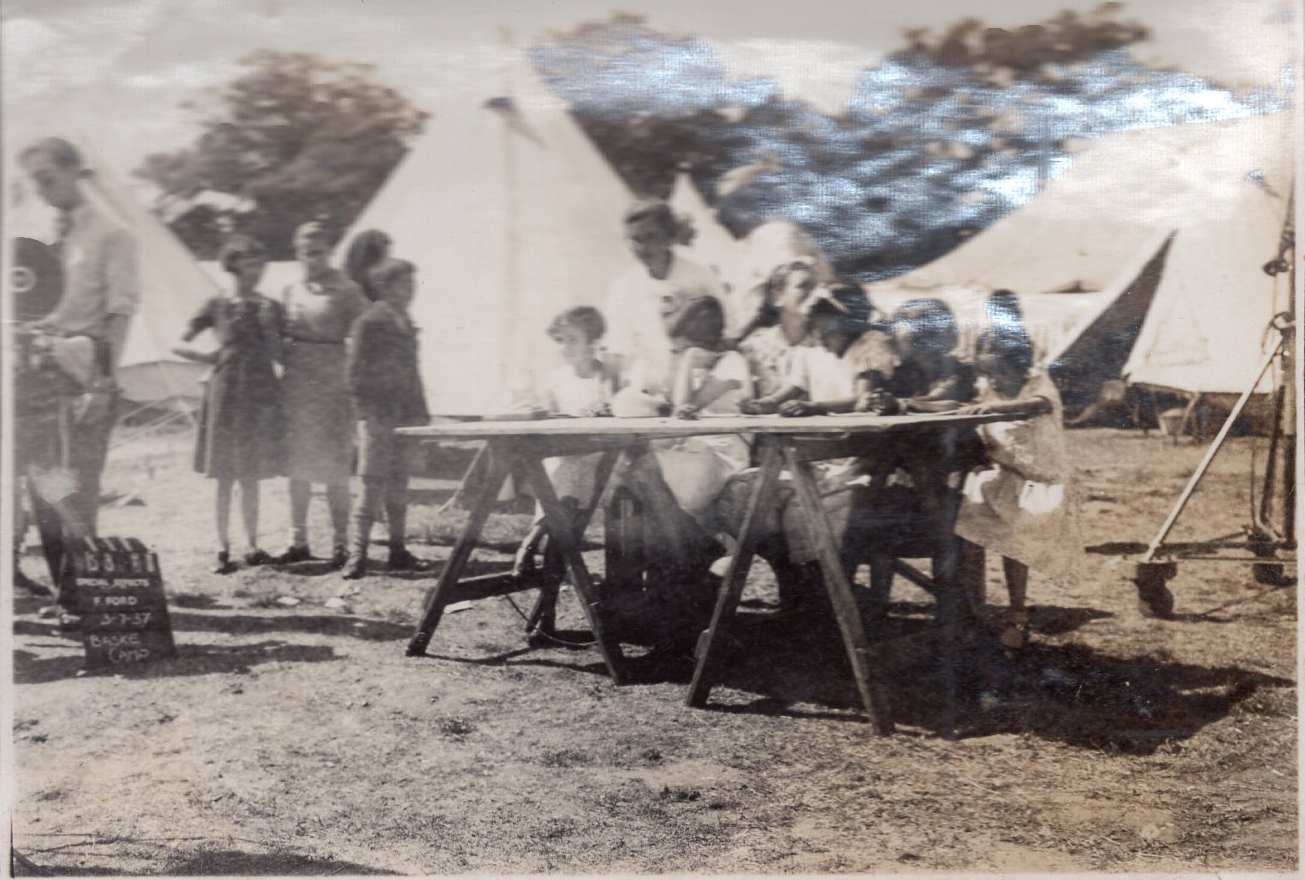 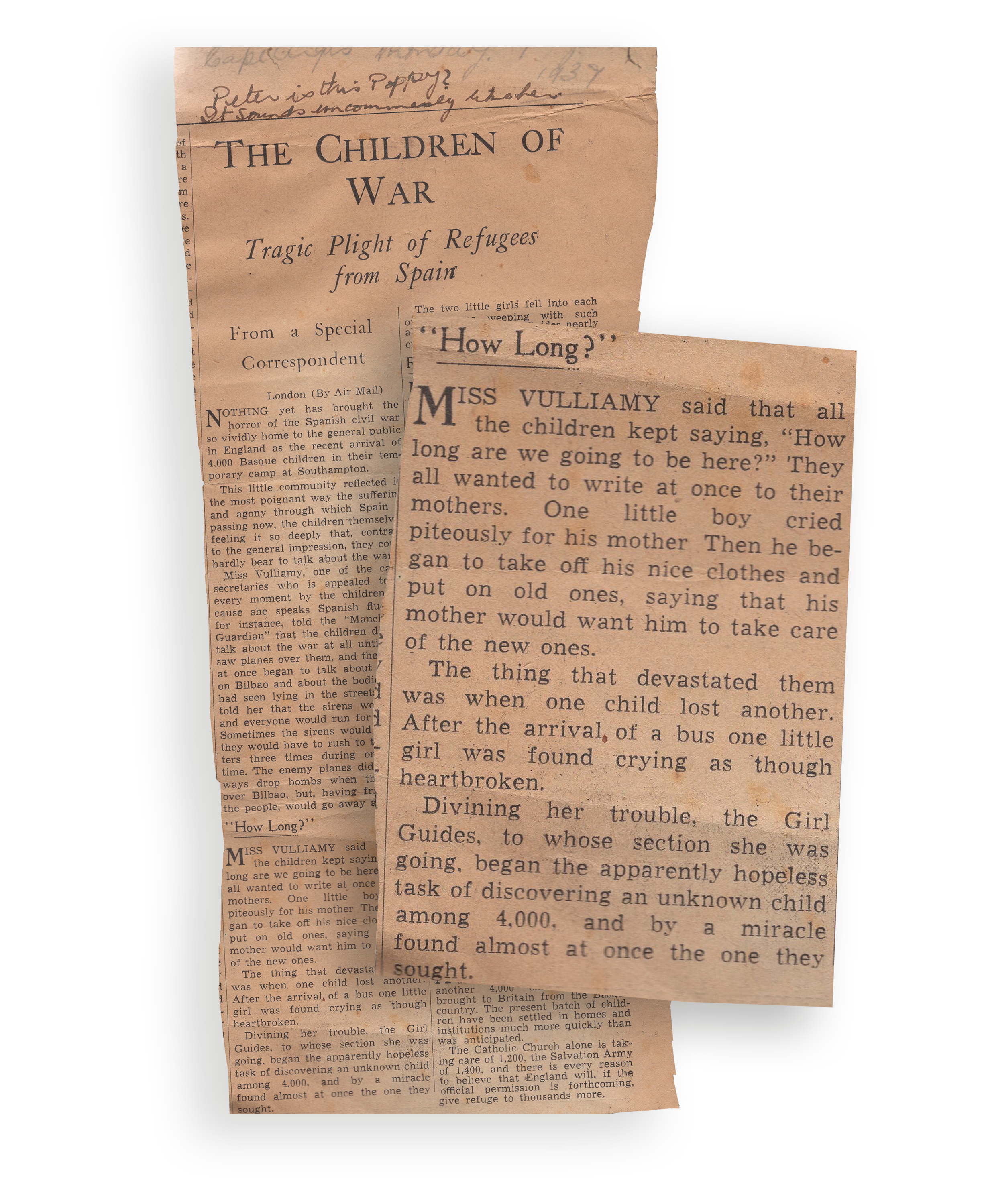 On 19 June 1937, it was announced on the camp radio loudspeakers that Bilbao had fallen to Franco’s army. There was an outburst of crying and shouting from the children. About 300 of the children escaped from the camp and ran for several miles, trying to return to Bilbao.

The camp was only supposed to last for a few weeks while other places were found around Great Britain to house the children. Although many British families offered to look after children in their own homes, the Basque Government and the Basque Children’s Committee wanted the children to be in groups of about 40 or 50 so that they could maintain their Basque identity. Nobody knew how long the children would be staying in Britain. Suitable locations had to be found, such as large houses or unused schools and hospitals, and local people needed to be recruited to look after the “colonies” or “hostels”. As it took longer than expected to find such places, the camp in North Stoneham remained open until the middle of September.

Image: ‘The Children of War’ clipping included in Poppy Vulliamy Album, 1937-1939. MS440/3. Used with kind permission of the University of Southampton Special Collections.