Poppy Vulliamy was one of the many individuals throughout Britain who helped to care for the Basque children. Born in Suffolk in 1906, Poppy and her older sister, Chloe, knew Spain well and supported the Republic. Determined to ‘do something’ to help the Spanish people following the outbreak of the Civil War, the bombing of Guernica galvanised them into activism.

Poppy left her Ipswich home to help with the arrival of the Basque children at the North Stoneham reception camp in May 1937, where her knowledge of the Spanish language kept her extremely busy.

The following month she accompanied a group of one hundred boys and girls to Ipswich, where Chloe ran a colony at Wherstead Park. 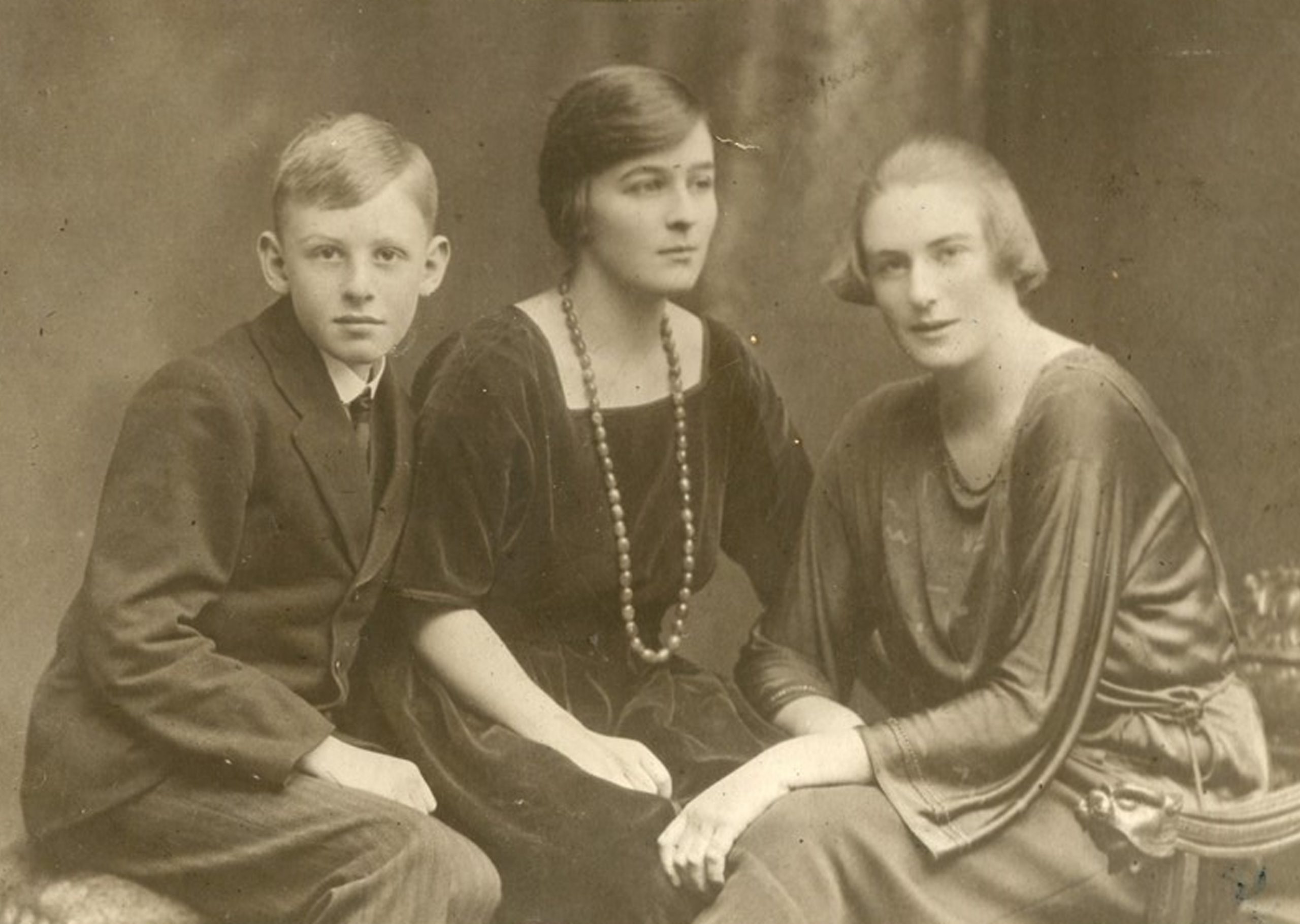 Vulliamy is a Huguenot name – two centuries previously, the family’s forebears had come to Britain as refugees themselves.
The children’s father was the county coroner for Suffolk – when he grew up, David Vulliamy followed in his father’s footsteps. 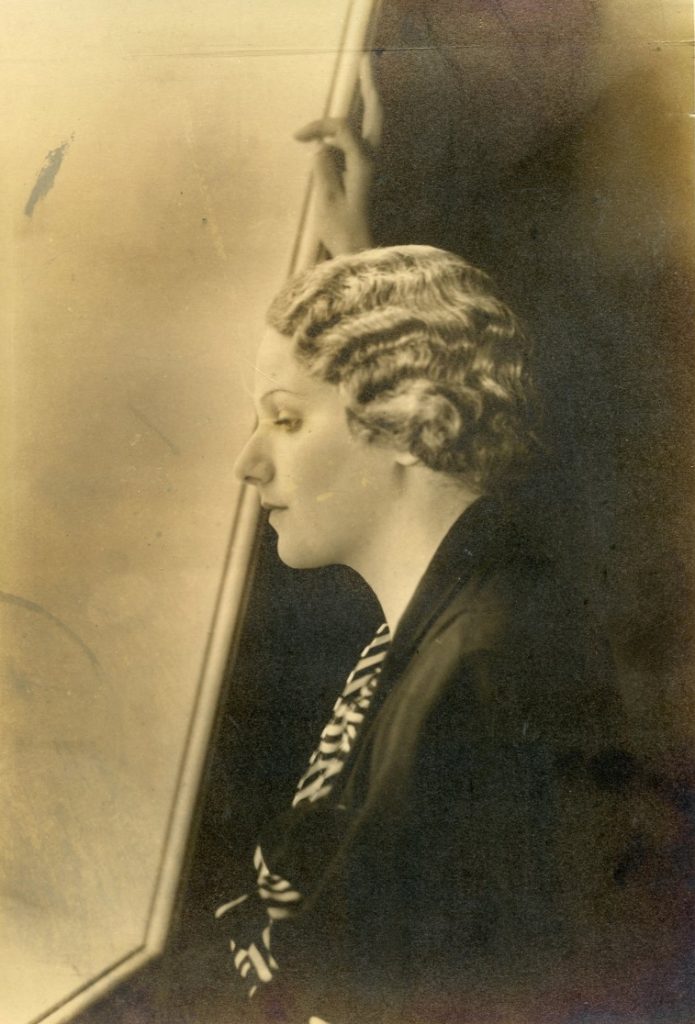 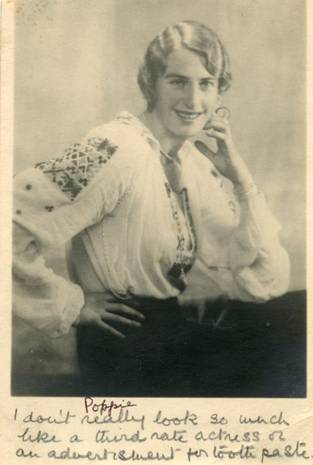 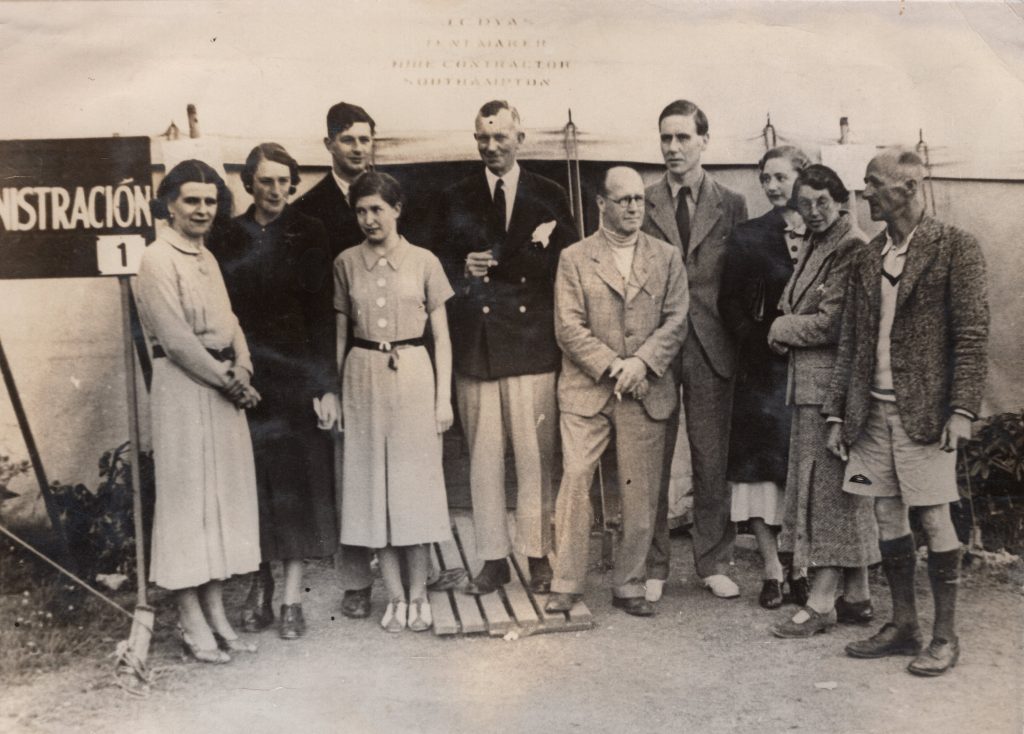 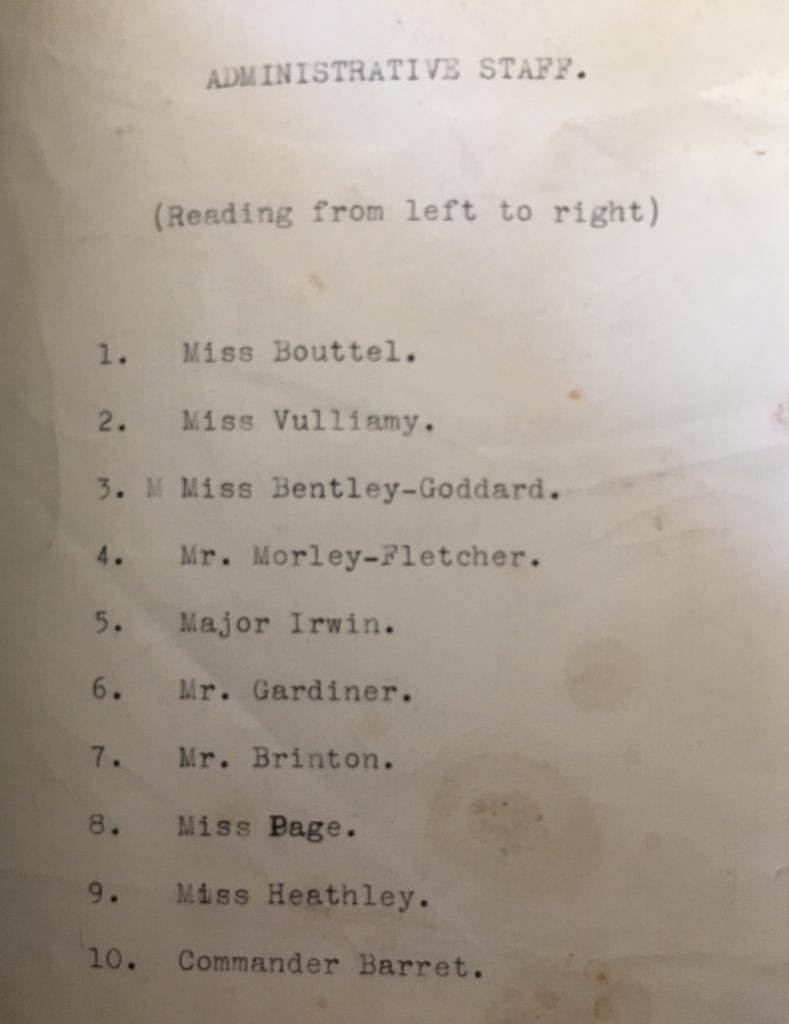 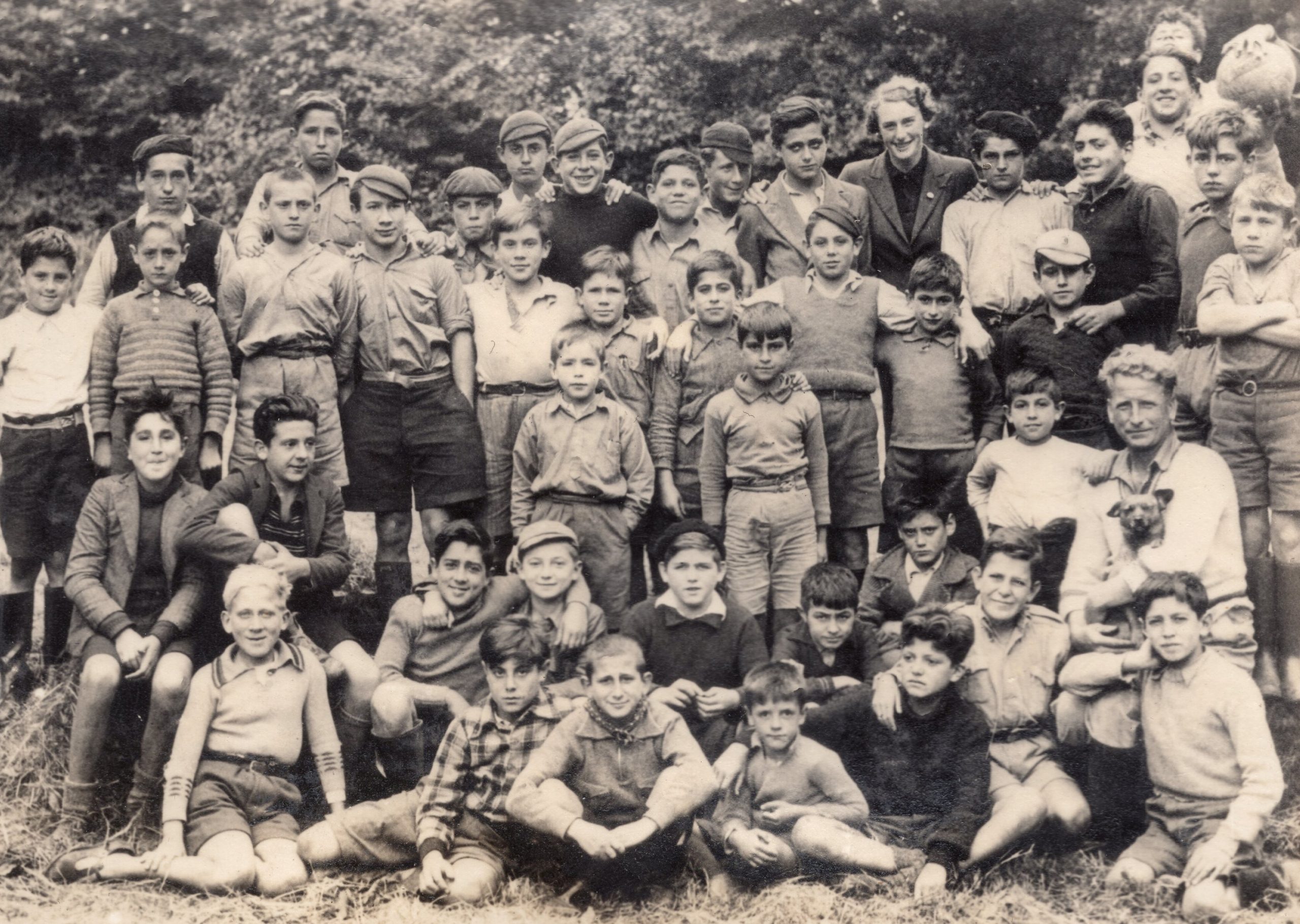 As well as Poppy Vulliamy, this photograph also includes a member of her staff holding the colony mascot Reddy the dog – can you spot him?
This boy’s nickname was ‘Popeye’

A Haven for ‘Bad Boys’

Poppy subsequently established her own colony at Oakley Park in Hoxne on the Norfolk-Suffolk border in August 1937; this moved to Rollesby near Great Yarmouth in the autumn.

Poppy’s colony was intended for children who she later called the ‘big bad boys’ – she claimed that she became bored when they stopped being bad!

Read more about the 'Bad Boys' 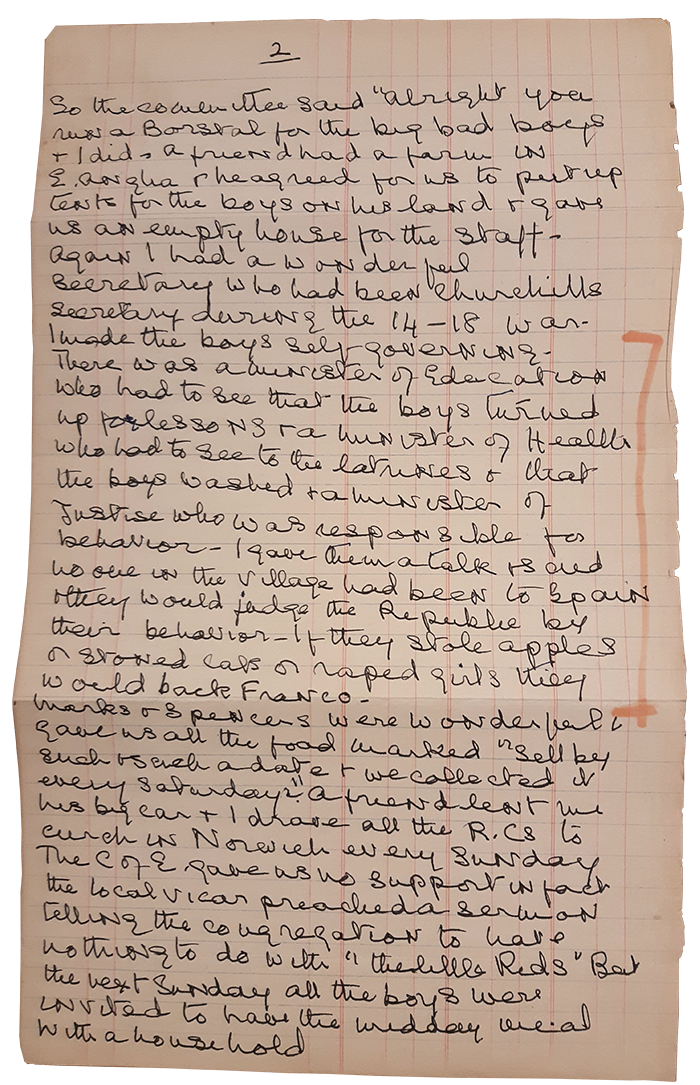 The Vulliamy sisters admired the educational reforms of the Spanish Republic, which were designed to promote democratic behaviours and citizenship, and they incorporated these progressive ideals into daily life at their colonies. In a letter to the writer and historian, Adrian Bell, Poppy explains how the colony at Oakley Park came into being, and how it was self-governing:

“A friend had a farm in East Anglia and he agreed for us to put up tents for the boys on his land and gave us an empty house for the staff. Again, I had a wonderful secretary who had been [Winston] Churchill’s secretary during the 14-18 war. I made the boys self-governing: there was a Minister of Education who had to see that the boys turned up for lessons, and a Minister of Health who had to see to the latrines and that the boys washed, and a Minister of Justice who was responsible for behaviour. I gave them a talk and as no one in the village had been to Spain they would judge the Republic by their behaviour.”

Listen to Poppy talking about how the boys were received by the local community at Hoxne. Poppy Vulliamy in conversation with Adrian Bell. Courtesy of Adrian Bell. Used with kind permission of the University of Southampton Special Collections.

Poppy held left-wing views and was well-connected socially. When it became clear that the accommodation at Rollesby was inadequate, she wrote to Lord Faringdon, a pacifist Labour peer who had served in Spain at a Republican field hospital after the outbreak of the Civil War. Poppy informed him that ‘as a Socialist he should not be living alone in such a big house’. As a result, Faringdon provided Poppy and her boys with two empty lodges on his estate at Eaton Hastings. Poppy explains this in more detail in her letter to Adrian Bell:

“When the weather got bad [at Oakley Park],  I wrote to the Bishop [of Norwich] and asked if he had an empty vicarage we could move into, and he gave us one at Rollesby. Life there was pretty grim. The boys slept on mattresses on the floor and sat on benches at tressle tables. There was no electricity and the staff used the outdoor earth closet and latrines had to be dug for the boys. The staff were wonderful. None of them was paid. My secretary became ill – she was not young – and I realised that we must find better accommodation, so I wrote to the Labour peer Lord Faringdon and said that as a Socialist he should not be living alone in a big house and suggested that he should let us all live there with him. I had never met a lord and imagined that they were all old with long, white beards, so when he invited me to have tea with him at the House of Lords I was amazed to find that he was about my age!” 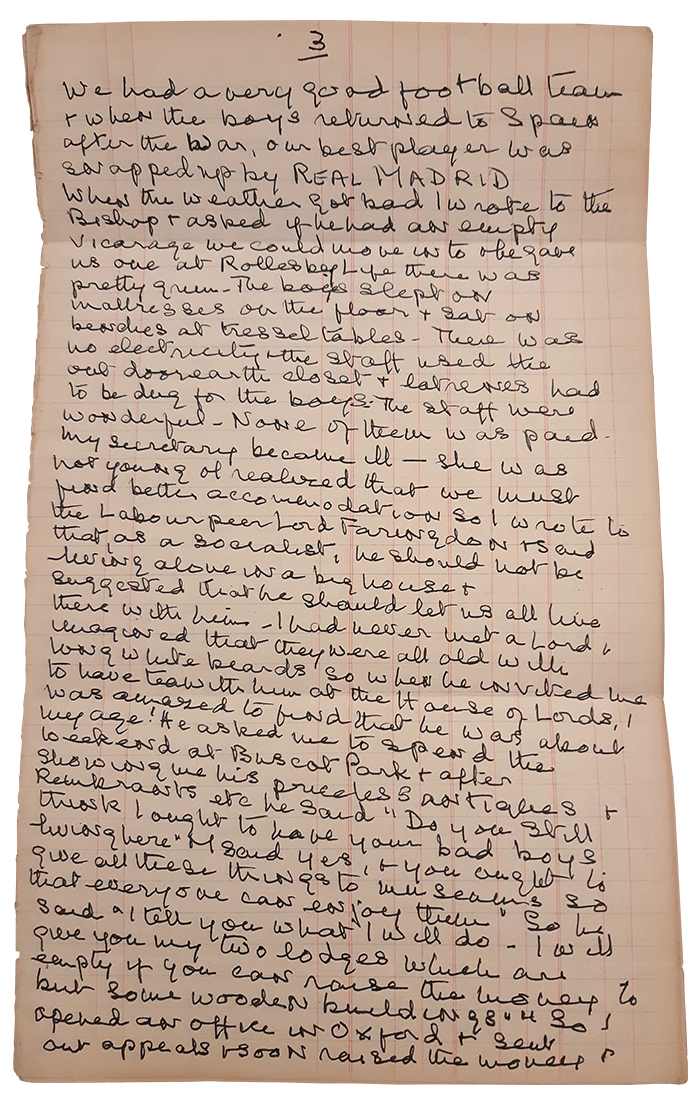 What Poppy Did Next

After her experiences with the Basque children, Poppy went to Spain to help the Republican effort in the ongoing Civil War, but was evacuated before General Franco’s victory in 1939. She also worked at Spanish refugee camps in southern France. In 1940 she married Peter Moller, an artist. The couple made their home at Hoxne, near Oakley Park. Poppy continued to fight injustice and was an active member of the Diss Branch of Amnesty International.

She was too frail to travel to a reunion of the Basque children in Bilbao in 1985, so her boys sent a group photograph to ‘our unforgettable Poppy’.

She died in an Ipswich nursing home in 1992. 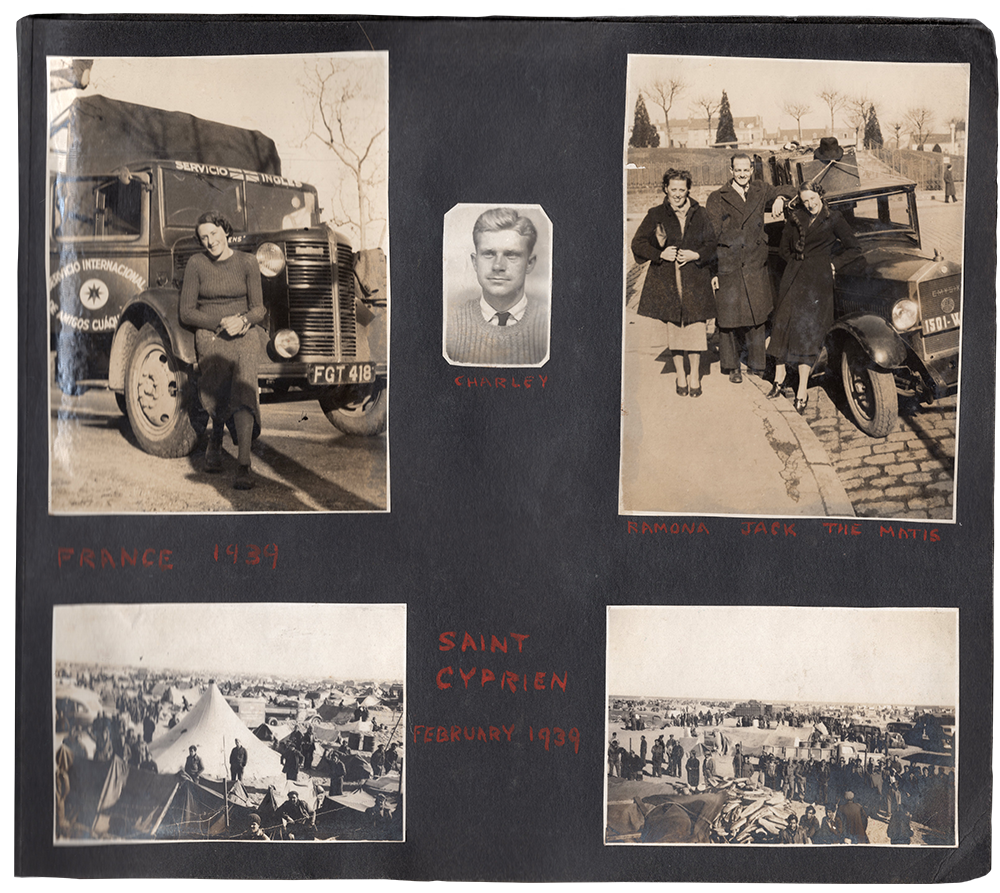 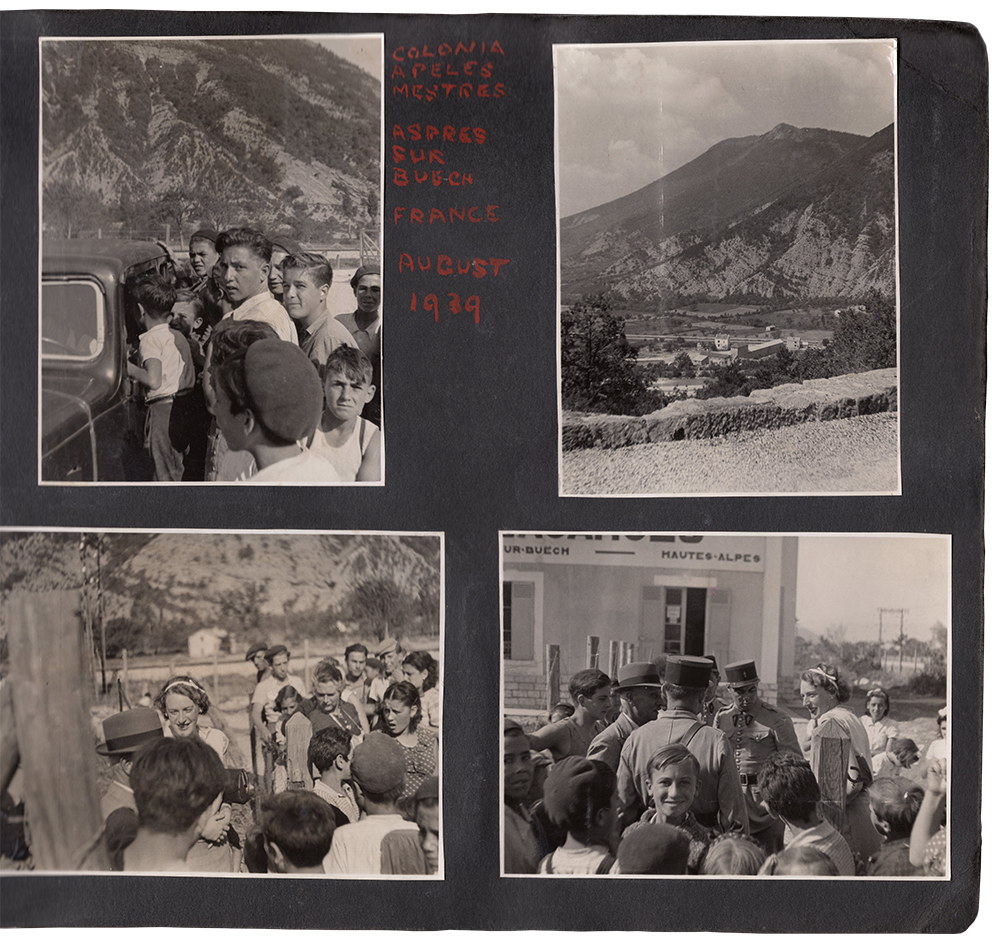