At first the British press praised the rescue of the Basque children from the grip of war, but the tone changed quickly.

In the week of their arrival, the Sphere quoted an anonymous British businessman who claimed that the children were all ‘reds and revolutionary in outlook’ and that they should be ‘kept from all contact with British children’.

Later scare stories hinged on a ‘riot’ in Brechfra, Wales, where the Western Daily Press reported smashed windows and the boys carrying ‘table knives filed to daggers’. It was said that a local man had kicked one of them in the backside because they were lounging around his car, and some of the boys exacted revenge by breaking windows. As a result of events like these, the Daily Mail coined the term ‘Bad Basque Boys’.

As the children were dispersed around the country, other papers followed suit. The Leeds Mercury reported local fears about their arrival including ‘bedtime problems’ and how they couldn’t ‘be made into little English boys’. In Elford, in the Midlands, the parish council was against them staying in Elford Hall.

Mrs Wylie, claiming to speak for the villagers, said: ‘I think we should do everything we can to stop them coming’.

Following the moral outrage in the national press about the behaviour of some of the boys, Poppy Vulliamy brought 50 of the older boys to camp at Oakley Park in Hoxne on the Norfolk-Suffolk border, where a local farmer loaned her some land by the River Dove. The land was paid for, and the colony funded, by the Basque Children’s Committee in London because there was no organising group in the village of Hoxne. 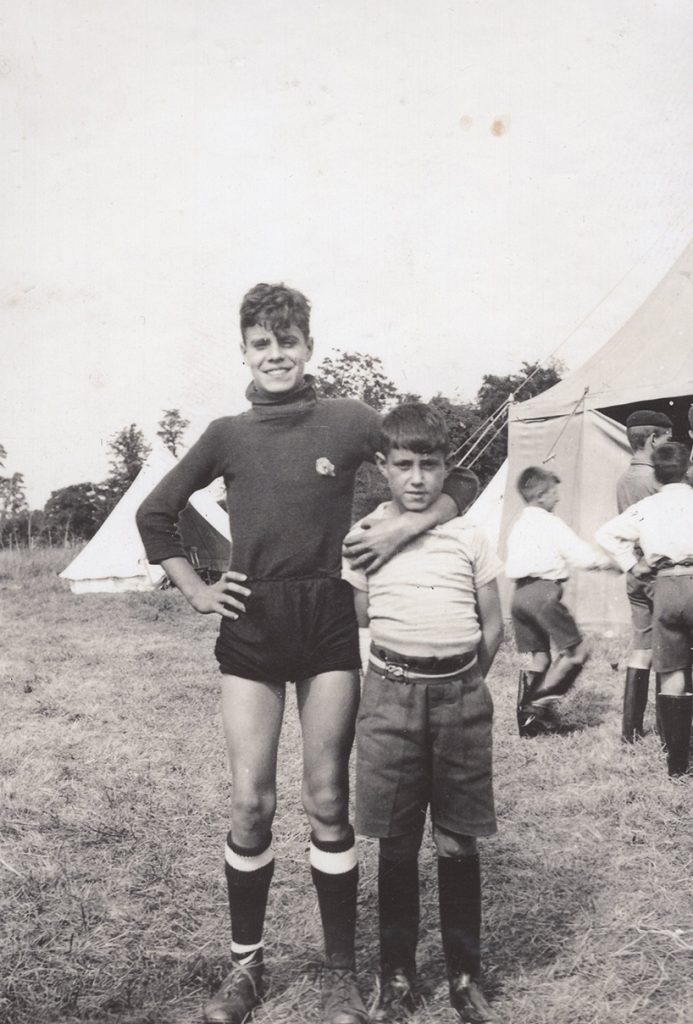 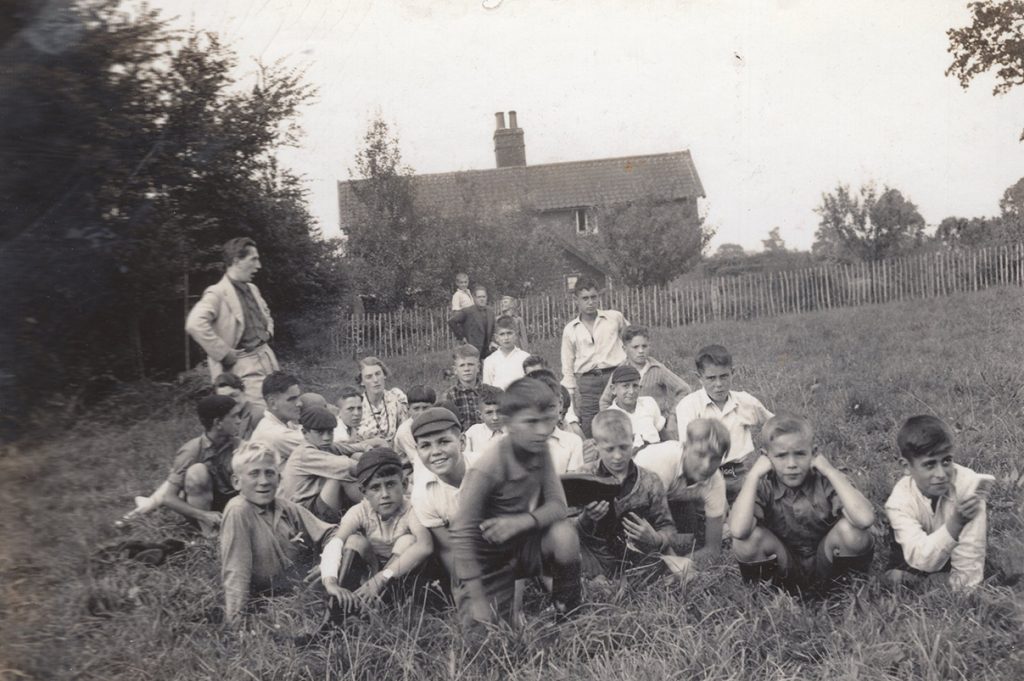 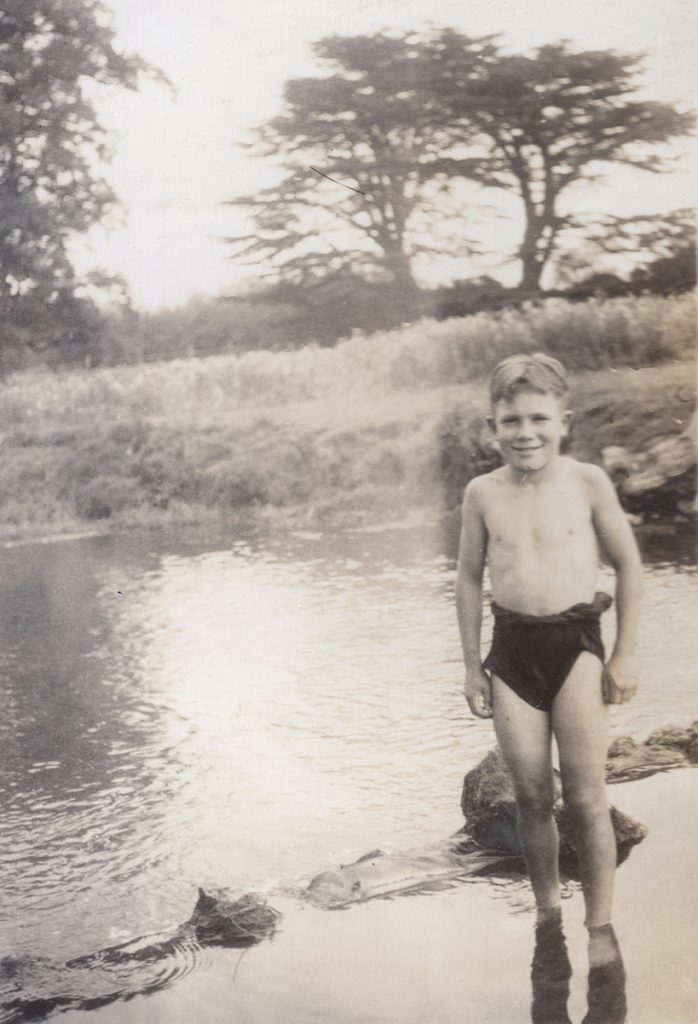 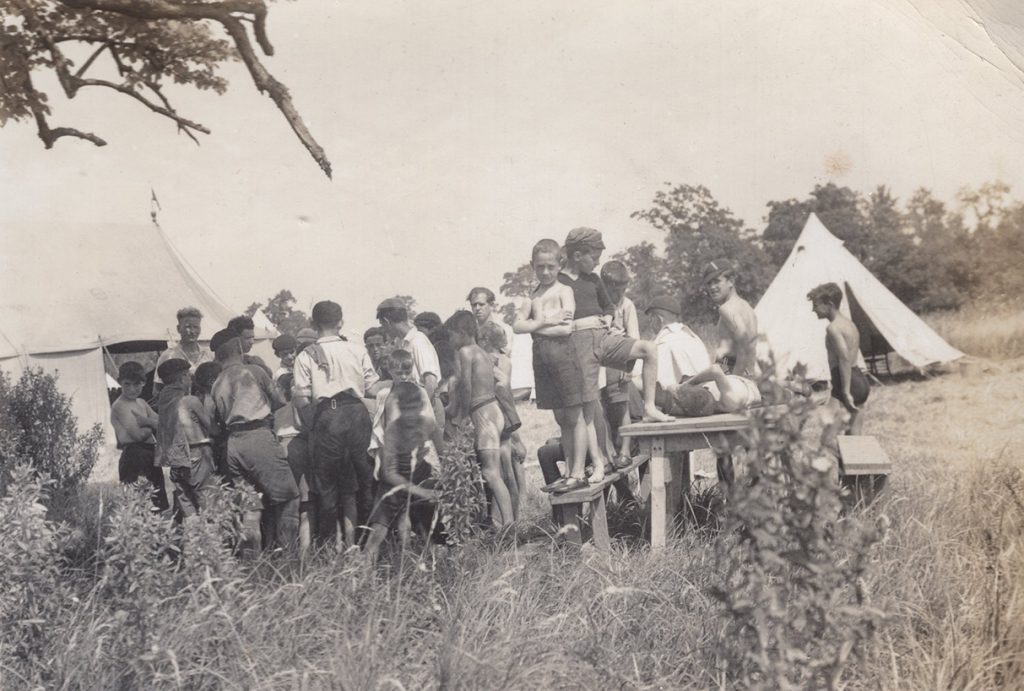 Although living conditions were simple, camp culture was ordered and sophisticated. Alongside Poppy as warden, camp staff included Mr A. F. Howe (sanitation and football officer), Miss M. Heatley (secretary), Mr A. W. Stuart (accountant and store keeper), Mr Kenneth Martinez, the Spanish teacher and the boys’ hero because he had served in the Government forces in Spain, and Mr A. Gomez, the popular camp cook, who had given up his job as chef of the Barcelona restaurant in London to help the refugees when they arrived in Southampton.

Each day followed a schedule of 90 minutes of lessons, an afternoon siesta, and 90 minutes working on the farmland. The boys could earn chits worth two pence for undertaking extra work; the older boys traded these for cigarettes at the camp store, while the younger ones purchased sweets.

Poppy allowed the boys to elect their own parliament and keep their own discipline, leading to the formation of a government made up of a president and five ministers, each elected fortnightly. According to Poppy, the boys were left wing. 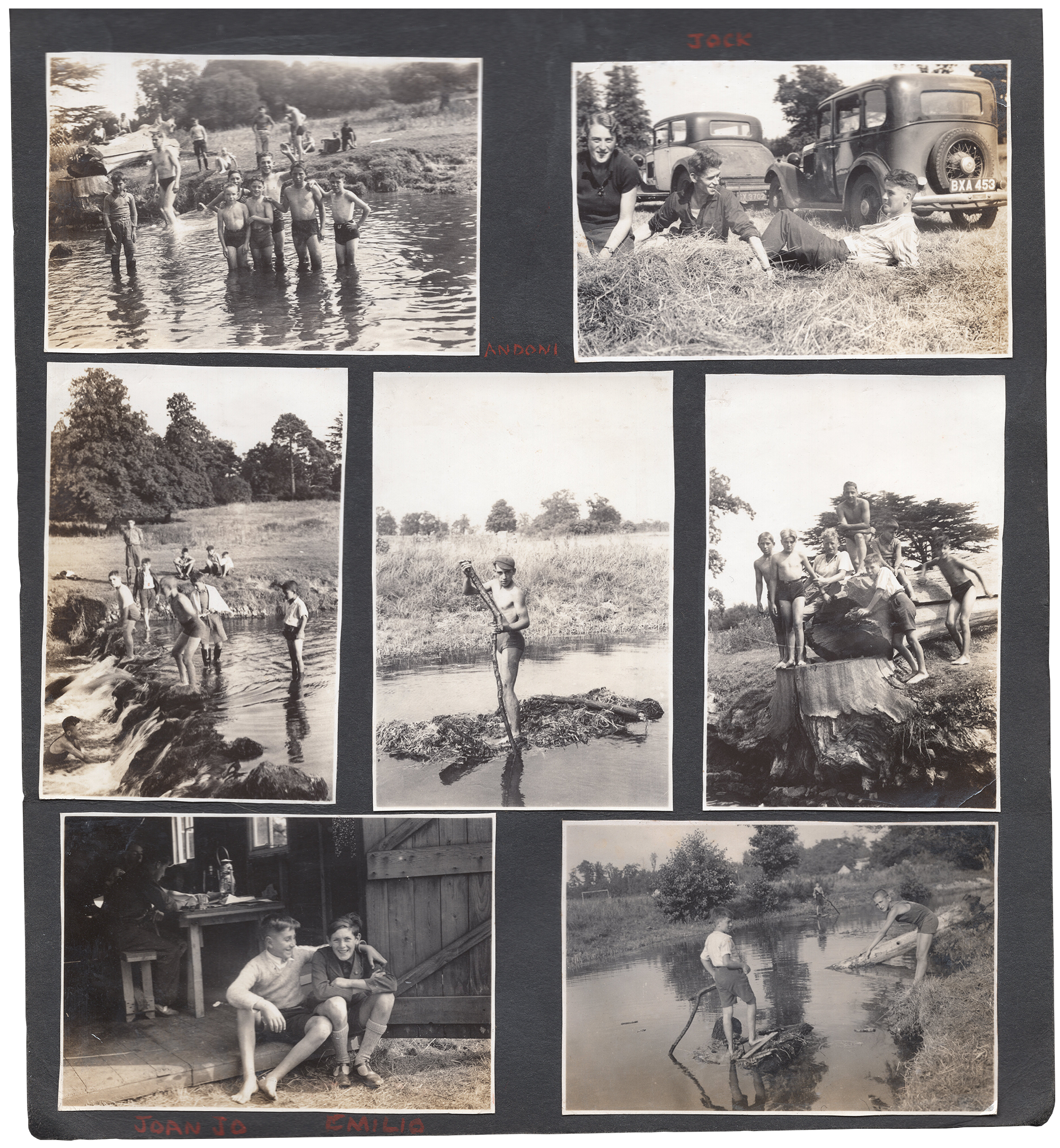 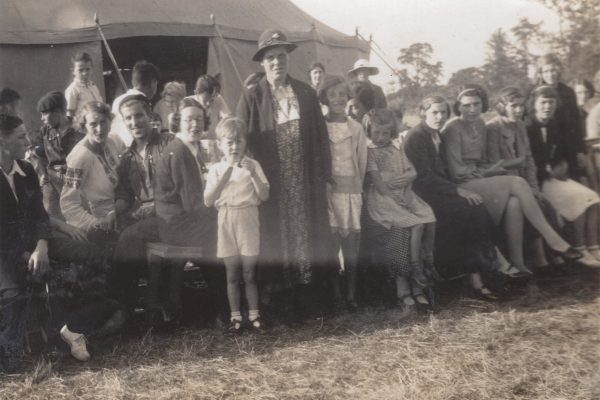 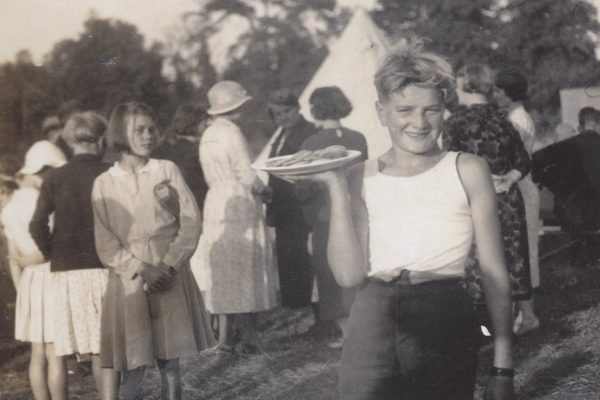 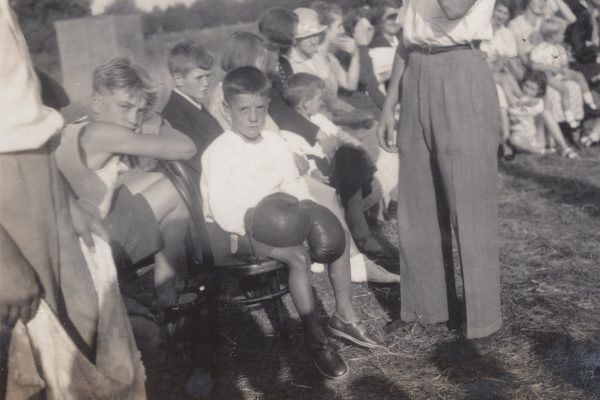 Football was very important to colony life and the Basque Boys took on the Hoxne ‘lads’ in five matches; the Basque boys won four and drew one.

The boys also developed close friendships with the local boys and younger men, and they went for walks together and were invited home for tea. In return, the refugees held an ‘at home’ event at the camp for local people. During their time at Hoxne, the boys also adopted a dog called Reddy.

In the middle of August, a downpour flooded the camp, forcing the children to evacuate to St Edmund’s Hall in Hoxne for one night. This highlighted the temporary nature of the colony and the impossibility of remaining there beyond the summer months. To secure more permanent accommodation, Poppy Vulliamy wrote to the Bishop of Norwich, who allowed her the use of the unoccupied rectory at Rollesby. The children moved there on Wednesday 15 September.

From Oakley Park, the group moved into the Old Rectory at Rollesby in mid-September. Before reaching Rollesby, however, the boys were treated by the Round Table to a visit to Great Yarmouth, where they were given the ‘freedom of the Pleasure Beach’, taken to the Hippodrome Circus, had tea with the mayor and mayoress and then went to a swimming gala. 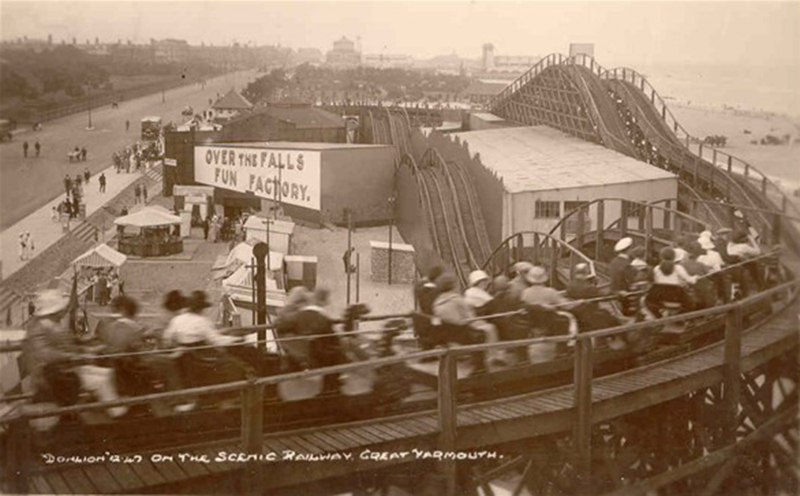 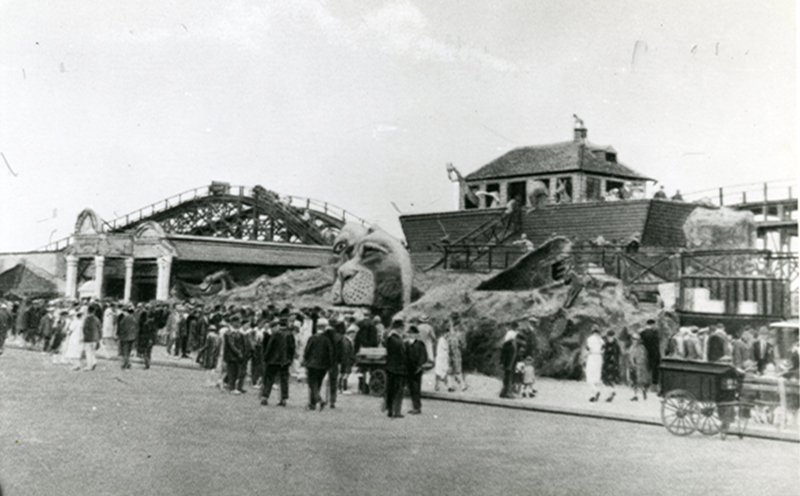 Image: The Pleasure Beach at Great Yarmouth (circa 1930s). Courtesy of Time and Tide Museum.

Settling into the Rectory was not easy. The buildings were in poor condition and the boys worked hard to get them up to living standard. The boys were also sorry to leave their friends in Hoxne and so one of the main activities at Rollesby was letter-writing – both to family in Spain and friends in Hoxne. 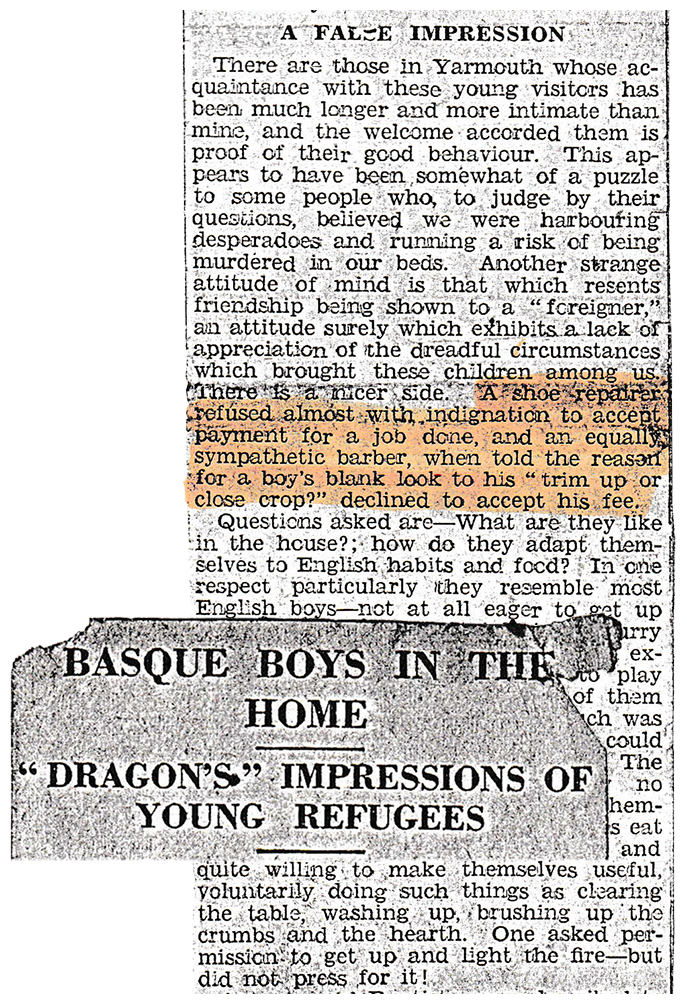 ‘Bring a cup, a plate and a spoon’

Poppy ensured that good relationships were built with the Rollesby community, and the group quickly allayed rumours that the villagers were ’scared stiff of them’ by inviting local people to visit the Rectory for an ‘at home’ one Sunday. One Rollesby resident, Ann Bates (now aged 89), remembers visiting the colony when she was five years old: ‘We were invited to meet the boys’, she said, ‘and asked to bring a cup, a plate and a spoon’. Poppy also had a policy of getting the Basque children into English homes at least once a week on a Sunday. This helped them with their English and also helped cement relationships with the local community. The boys often mixed with locals at the Rollesby Club room where they played darts, table tennis and billiards during wet weather. The fact that 20 boys came back to Yarmouth and Rollesby homes for Christmas 1937 indicates that Poppy’s integration policy was successful, and that many local people had taken the so-called ‘Bad Boys’ to their hearts.

School and Food at Rollesby

Everyday life in the colony ran like clockwork. There were two school classes. In one an older boy taught the younger boys. In the other, Mr Martinez taught the older boys in Spanish. Lessons finished at 1pm and were followed with activities including walks, games, such as Red Indians, and football. The boys also helped around the Rectory, keeping the dormitories tidy and their paillasses (straw mattresses) fresh each day. Mr Gomez kept the boys well fed with a typical breakfast of coffee or cocoa and thick bread, ‘continental style’.

Dinner tended to be a rice stew consisting of meat, onions, carrots, and other veg. There was also fruit, typically oranges, apples, and bananas. A cold supper was served later, consisting of Bully beef or egg salad and sliced fruit cake or fruit.

The cost of running the colony per person was 1s 1d – 1s 6 ½ d, with a small increase in winter to cover extra heating and lighting costs. 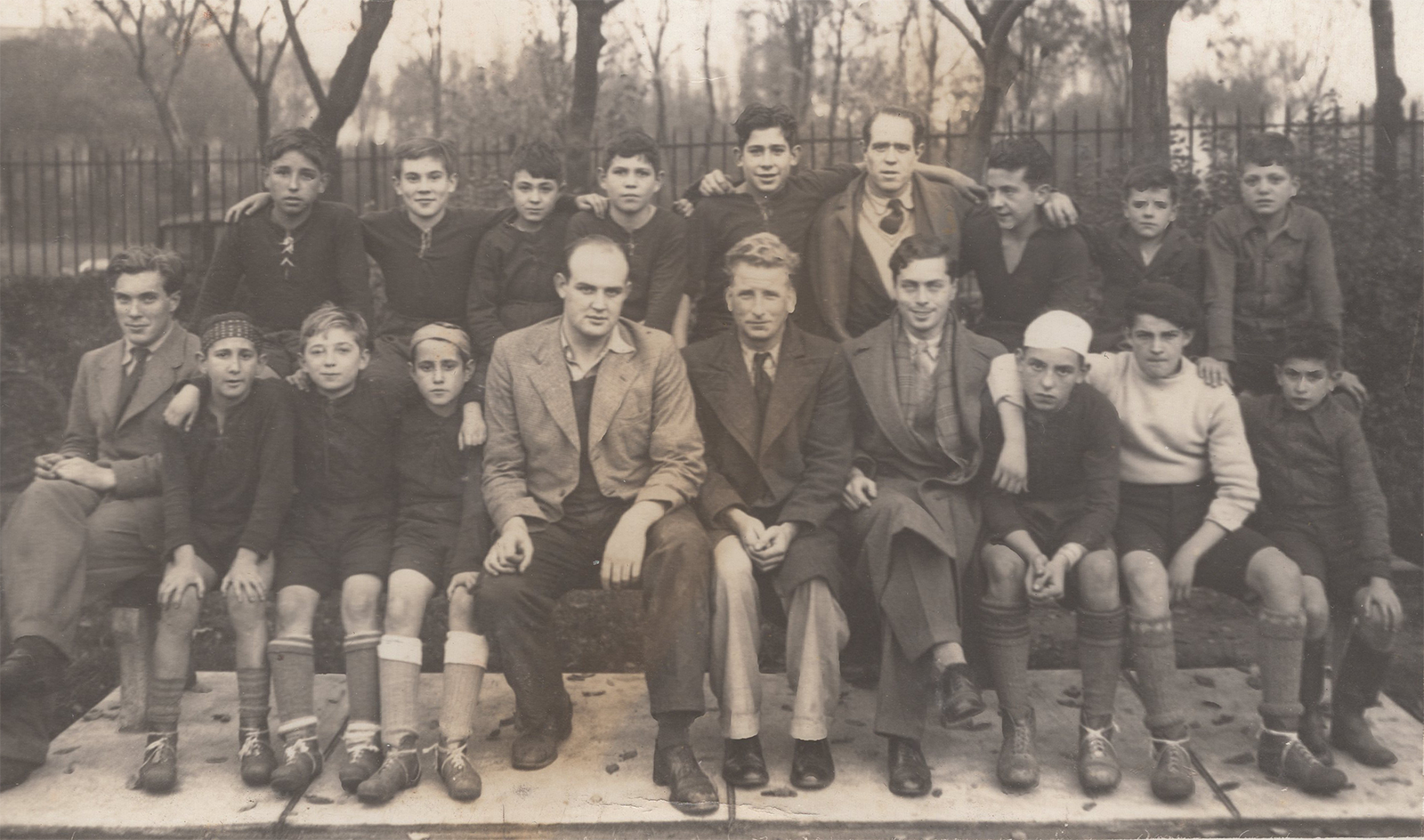 Image: Some of Poppy’s Boys. Poppy Vulliamy Album, 1937-1939. MS440/3. Used with kind permission of the University of Southampton Special Collections.

As in Oakley Park, the Rollesby colony was self-governed by an elected president and five ministers. Good behaviour was rewarded by chits, which could be exchanged for sweets and cigarettes. There was also a savings account for the chits and one boy bought himself a watch. Whenever visitors gave money, the boys donated it to the Spanish National Relief fund. The boys’ stay was also good for the village’s economy. Poppy regularly sent the boys to the village to buy goods, and they always returned with the goods and the right change.

The boys would eagerly await news from Spain, which was read to them by Mr Martinez.

One local newspaper reported how ‘on Sunday night … one boy suddenly said, “I wonder where my father is” and another boy replied, “it is best not to think of it”’. Some of the boys had not heard from their parents since the fall of Bilbao in June 1937.

To distract themselves from news from Spain, the boys would entertain themselves in the evenings by telling ghost stories and singing songs accompanied by mouth organ music. One night they gave a theatrical show based on the Last of the Mohicans, which they had seen at the cinema in Yarmouth. They also used to sing “the song of the camp at Diss”, which described the welcome change from the horrors of war to the beautiful flowers of England and the start of a new life. 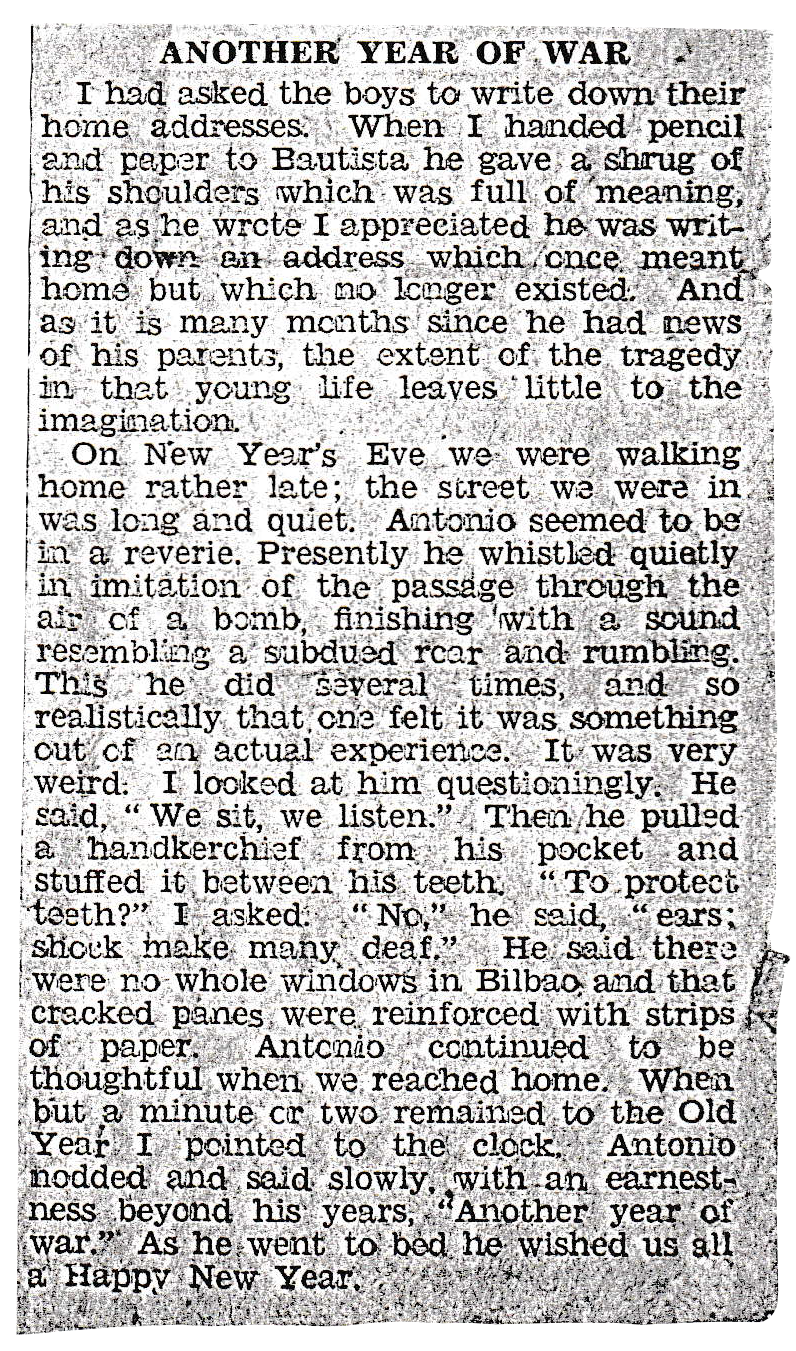 As with Oakley Park, the colony at Rollesby was temporary, and they left on 23 November. Most of the boys went to a new colony at Tythrop House in Buckinghamshire, and some returned to Spain as part of the repatriation.

The Yarmouth Independent reported at the time:

‘Thirty small boys hanging out of the windows of a train, waving and singing was the last that Yarmouth saw of the Basque refugees on Tuesday’ (23 Nov).

There was ‘all the emotionalism of a Spanish leave-taking. Happily most of them…were able to call “Until Christmas” instead of “Goodbye,” for most of the boys will be enjoying the festivities with local families’.